Rosie and Gene Meysenburg were honored in February with a reception and awarded lifetime membership in LBLF and a certificate of appreciation. From the inception of the group, the couple has actively supported the organization; starting by calling for the first meeting in 1996, at which the group was originally formed. Gene programmed and provides support for the membership database used by LBLF. 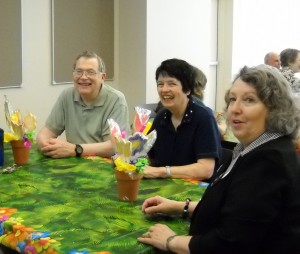